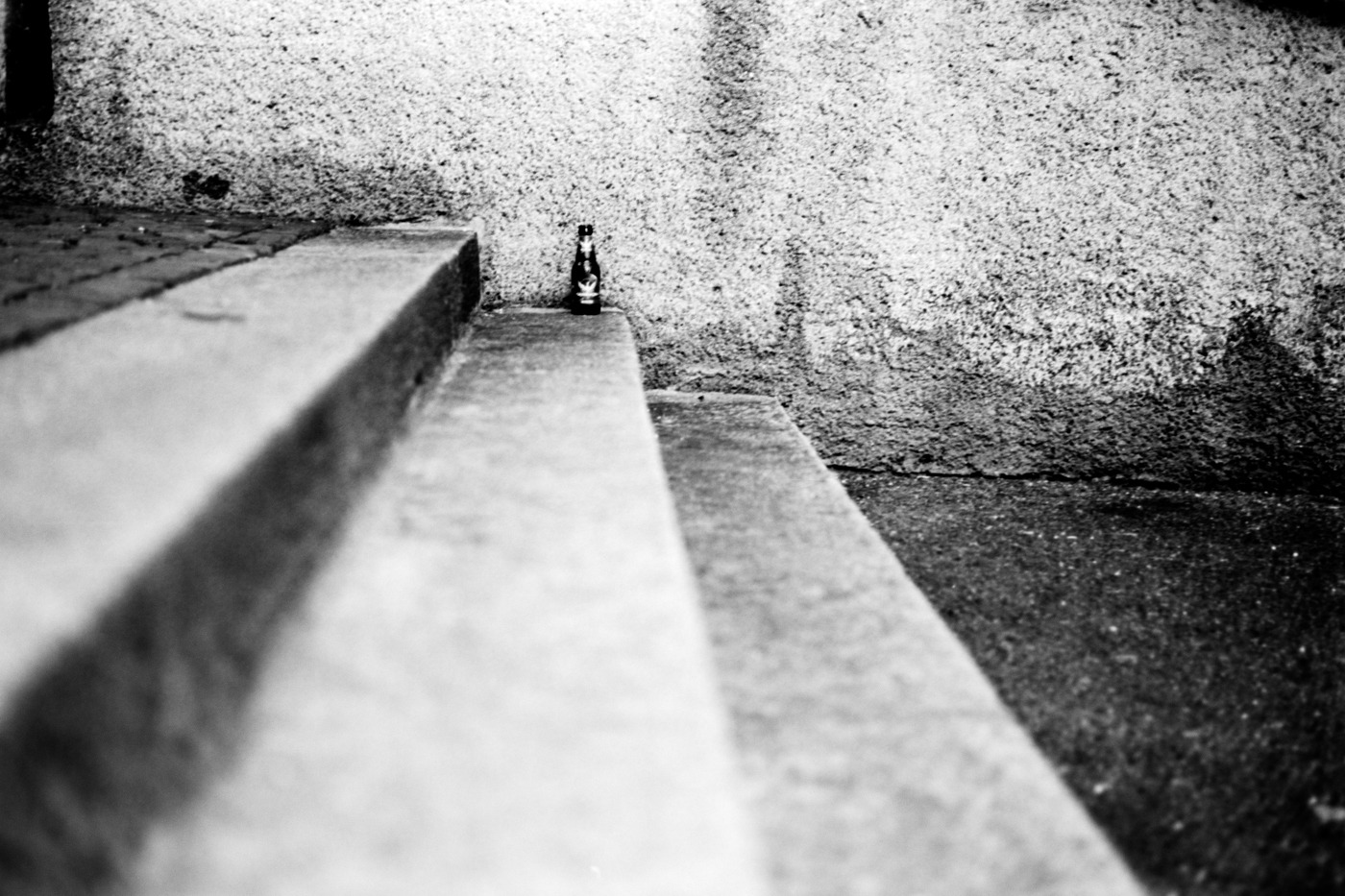 Why black and white photography?

Ultimately it comes down to artistic choice on why to pursue black and white photography.  I have been making that choice a priori in my image creation process for the majority of my personal work these days. Below are some of the reasons why I currently focus on B&W photography.

Limitation, be it with less equipment, narrow subject selection or other means, can be freeing for creators. The limitation of monochrome (see also this post) lets me focus on light, subject, story/mood, and composition.  Eliminating color helps me to hone in on those important aspects of photography.

I have always loved minimalistic photography, art, and design in general.   Naturally, black and white photography naturally lends itself well to further minimize distractions in imagery and help photographer and viewer to focus on the essence.

It has been so important for my work to focus on the essence in a photograph. So I can tell the story I want to tell.

“I’ve been forty years discovering that the queen of all colors is black.” – Henri Matisse

Henri Matisse is one of my favorite painters, and he is known for his colorful paintings, and his minimalist approach.

But black and white is not “real”!

Yes, black and white is not real, or a significant departure from reality.  For artistic photography, or even to just tell a “better” story, it is okay to create a picture more “removed” from reality. Ansel Adams famously said his (black and white) images were not taken, but created, with an artistic vision in mind. And he clearly stated that the end product is not real in a sense of a documentary photograph.  He used many photographic and darkroom techniques to alter that reality of his imagery. And he wrote entire books about those techniques.  In our modern times, this creation process involves, aside from sophisticated digital cameras and lenses, image editing software. But the same principles remain. My guess is that Ansel would be all over Photoshop if he would be still alive!

In fact, any art is in some form very real (as it is a real creation by a real artist with a real intent). And yet does not typically exactly represent the reality as others see it. Nor does it need to of course. It represents the reality as the artist sees it.

All art is a vision penetrating the illusions of reality, and photography is one form of this vision and revelation. — Ansel Adams

“Color is descriptive. Black and white is interpretive.” – Elliott Erwitt

Magnum photographer Elliott Erwitt has a point. Of course, one can also create interpretive images using color techniques, so those lines between color versus monochromatic can get blurry.

Black and white, by removing colors and replacing them with shades of grey (often from pure white to deep black), is a way to simplify photography. Or artistic expression through the photographic medium.

Monochrome photography does force the photographer to see my subjects in shades of grey. This does take a lot of practice, and digital cameras do help with this process (if they have a black and white preview/capture mode).

I find black and white photography inspiring.  Again, by focusing on tonalities, contrast, luminosity, shades versus strong colors, we have a tool to tell a story without the distraction of color.

The work of other black and white photographers can also be very inspiring. Such as some of the 20th century “masters”, but also contemporary photographers. This is one of the reasons for me to spend some time on social media (mostly Instagram, YouTube and Flickr), as I do like to see other photographers “vision” of the world.

Often textures, images with a lot of contrast, patterns, may benefit to be conceived and executed in black and white. I really love this thoughtful quote by Guy Gagnon  a contemporary French Canadian photographer:

“Working in black and white makes me feel like a painter, not a photographer. Shooting this way allows me to focus my attention on the light and shade, textures, shapes and expressions. It’s really a matter of personal choice, but in my opinion black and white can lead to a more abstract reading of reality, which is arguably more demanding and more challenging to produce. Here photographers cannot use flattering colours or coloured light to distract the eye. You cannot cheat in black and white.” – Guy Gagnon

Monochrome versus black and white

Interestingly, in hindsight, I have been exploring monochrome color artistically, with blues, and then also yellows, reds, and white. Eventually I ended up with the queen of colors, black!

The light in this photograph is natural, direct sunlight, creating a stark contrast and casting shadows. I further enhanced this contrast of this digital B&W photograph to create the mood I wanted to evoke.

I think the picture evokes a somber mood. The guard, who happens to be a museum guard at an art museum, was watching me closely as I was taking the photograph. I was fortunately able to capture the decisive moment, and feel that the subject and the lighting primarily do help create the mood of this picture.

The composition is simple, and I did not have time to work on it (it was a split second decision to take the photograph and the line outside of the museum was moving quickly). The subject off to the left slightly and the shade is splitting the image into a dark and a bright section (including the head of the subject). I did not plan this, but was fortunate enough to capture this decisive moment with the right light.

The light in this photograph is artificial, very low. It did create naturally dark shadows. The viewers faces of this (3D) movie, and their white 3D goggles are illuminated. Light also illuminates some of the furniture that I think works, but is perhaps distracting. The ceiling was actually quite a bit lighter in the original photograph (it was white/reflecting), so I did darken it further to focus the light on the key subjects, the viewers.

I think the picture evokes a feeling of being there, and not being there. The audience is watching a scene. We don’t know what it is, but they are focused on it. They are also anonymous, which is further amplified by the 3D goggles. It is perhaps a feeling of watching the watchers or observing the observers.

The composition is simple, shot from low angle. I did a couple of shots from a higher angle that also worked, but the lower angle gave the viewers / subjects more of a dominance.

The light is obviously natural with strong contrast, the subject (the smoker) is backlit. I did enhance the contrast in post after scanning the negative.

The intended mood is one of relaxation and enjoyment. While smoking is more vilified nowadays, the scene is somewhat calm. The smoker is relaxed and literally taking a break.

The composition is simple. I took an earlier shot of the same scene while walking towards the subject, but she was too far away. I was happy to have captured the decisive moment, namely her blowing out the smoke, and it being backlit. It’s perhaps not the sharpest shot, but sometimes this is not as important, in particular in scenes like these.

The scene was in the shade in natural light (forest), and diffuse. But for this subject with the strong luminosity contrast close to ideal.

I would say the mood is calm / serene. Perhaps a little bit more melancholic as it is an autumn scene.

Simple. I used, like many of my smaller or intimate landscapes, a shallow depth of field. Used was a 50mm f2 lens.  I have printed this image together with two other images as a tryptichon. In hindsight, the scene could have been even simpler, but I think the image still works.