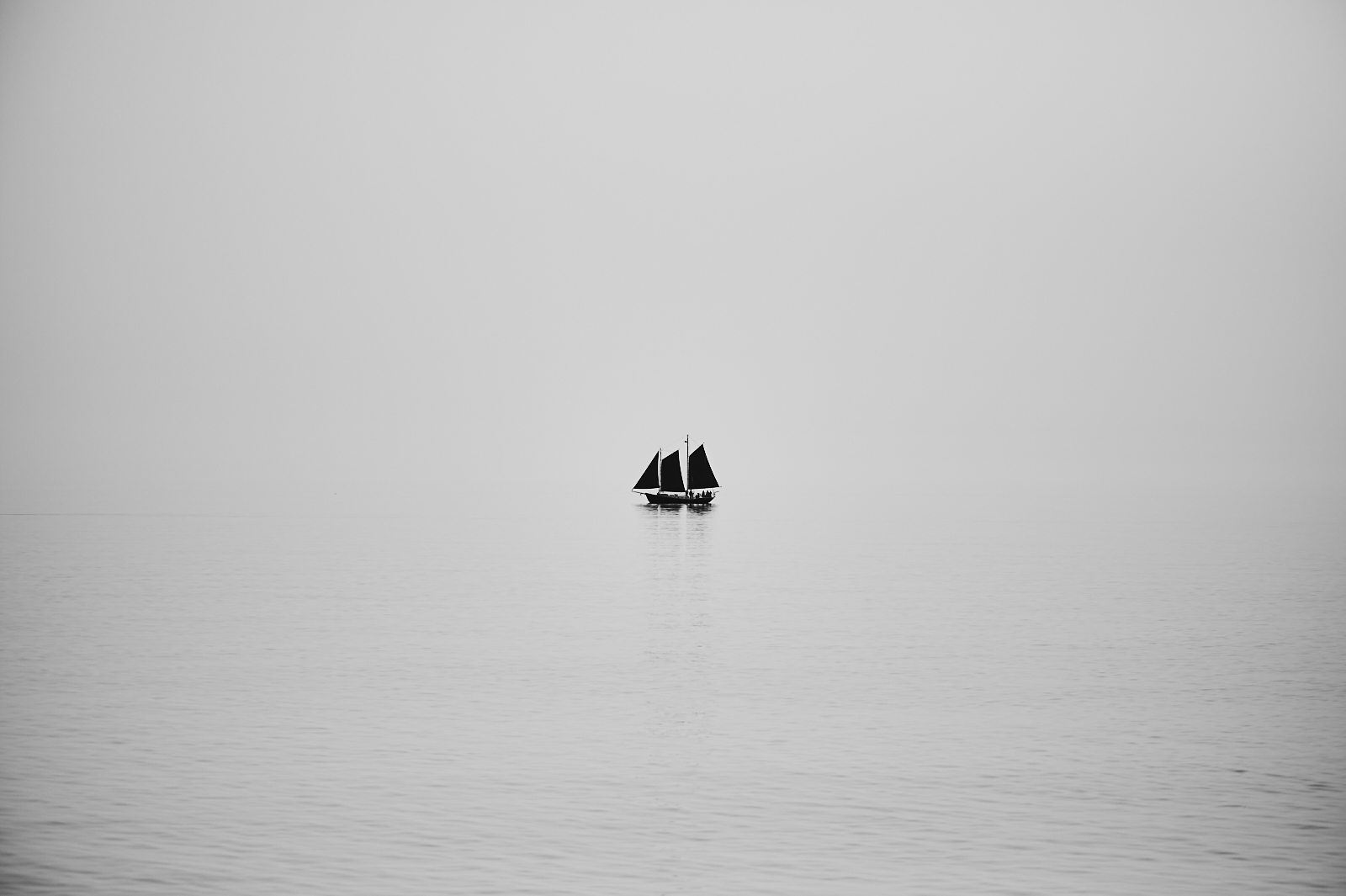 I do. Especially the ones that don’t make a lot of sense like the “rule of thirds”. This rule and others are some aesthetic rules in photography that are commonly encountered and taught. And the myths continue to live on and perpetuate (also by mindless copying) as online content ranging from youtube to forums to blogs. I would like to bust some of these myths.

Before discussing aesthetic rules (like the rule of thirds), it might be helpful to review the broader issue of artistic versus technical aptitude.  Proposing aesthetic rules seems to be a way to provide, similar to technical rules, photographers with guidelines to master difficult aesthetic issues such as composition. I actually think that there is a lot of merit of discussing some artistic considerations of photographs. In particular, since us photographers more often than not focus significantly more on technical than on artistic issues.

Many photographers seem to be way more concerned with sharpness of lenses, resolution of sensors and megapixels than of story or emotion of an image or composition or lighting or other artistic considerations. Overall there seems to be significantly more concern about gear and tools than about mastering the art of photography. Photography is an art because it is not just technical. If it is only technical, then it is not art.  Ansel Adams said that “there is nothing as useless as a sharp photograph of a fuzzy concept.”

So, yes technical mastery of photography is important, but so is artistic mastery. Technical and artistic issues are integrally connected and intertwined. They can not be separated.

The great Leonardo Da Vinci, Renaissance polymath, scientist, painter and much more thought that art should follow rules. “Truly this is science, the legitimate daughter of nature, because painting is born of (that) nature. “ He was an avid observer of nature, and his assertion is strongly based on his scientific approach to creating art based on observation (of light, color, shapes, textures etc.), and of science and not the aesthetic theory of art. And in that sense, I do very much respect such scientifically based rules (or guidelines) in the art of painting, or in the art of photography. I do accept this, as this belongs under the umbrella of technical mastery, and those types of “rules” are really just the realities of how nature, physics, and physiology works. We are talking about things such as light diffraction, chromatic aberration (excuse the technical term), color theory, physics of lenses or sensors, sharpness/acuity, depth of field, perspective and much much more. Learning about such nature based “rules” is very useful.

Ansel Adams has written a trilogy of wonderful photography textbooks.  In this trilogy (the camera, the negative, the print) he discusses and explains in great detail many scientific, and other methodologies that are useful to learn when venturing seriously into photography.  I also do very much respect those books and find them to be extremely valuable for serious photographers. All this feeds into the technical issues / aptitude of photography.

So the rules that Leonardo was talking are indeed scientific / physical / technical / nature-based. And while maybe there is some science to support or inform aesthetics, aesthetic rules are indeed different.

If somebody provides a rule or other advice on HOW to do something aesthetically correct in photography (a photographic rule), my warning sirens go off immediately. This ranges from the infamous and overused “rule of thirds” to “filling the frame” or “isolating the subject” or “using complimentary colors”. Sometimes, such rules are intended to be helpful to novice photographers, more often than not such rules are patronizing and they rarely come from professionals.  Professionals are very careful with any “aesthetic” rules as they know that many paths lead to Rome, I would argue most of them do not use any rules.

Yes, it is often true that if an image is not interesting, then maybe get closer to your subject and fill the frame. But using this as a general rule is just absurd.

The most famous and probably one of the worst of such rules is probably the rule of thirds. It is the idea that the center of interest should be one third the way up and one third of the way into the photograph. Bruce Barnbaum stated in one of his books (“The Art of Photography” – A Personal Approach to Artistic Expression) that this idea belongs in the trashcan.

Another of such rules is that a horizon line should never divide a photograph in half. He calls both, the rule of thirds and the horizon rule as absurd rules of composition. And I completely agree with him. I have been to workshops given by professional photographers, and both rules have been taught!

Another “rule” I often hear is that it best landscape pictures are made within an hour and a half of sunset or sunrise (often referred to as golden hour). And that landscape photographers should avoid other hours of the day (of course I am not talking about astro photography here!). It is often said that one should should avoid “harsh” mid-day lighting conditions. It is true that the golden hour light is often magical, especially if you are shooting color.  But by no means is this the only time to photograph landscapes.

For example, I like high contrast black and white photography, so for me, harsh lighting and strong shadows are fantastic.  This so called rule does not really apply, at least not all the time. Further, this myth also completely disregards where you are located on the globe.  Which season of the year we are in. And it also disregards the actual lighting conditions (for example, if it is a hazy overcast day, mid-day might create very soft light). In winter, the sun on the Northern hemisphere sits lower in the sky, so that even mid-day sunny winter day light is rarely “harsh”.

Breaking two rules at once (example)

Disclaimer: Please be careful how to interpret breaking such rules as absurd as they might be. In other words, composing images with subjects according to the “rule of thirds” may work very well as do compositions with horizon above or below the middle line of a photograph. In fact, that’s often the case. But it doesn’t mean it should be a rule. 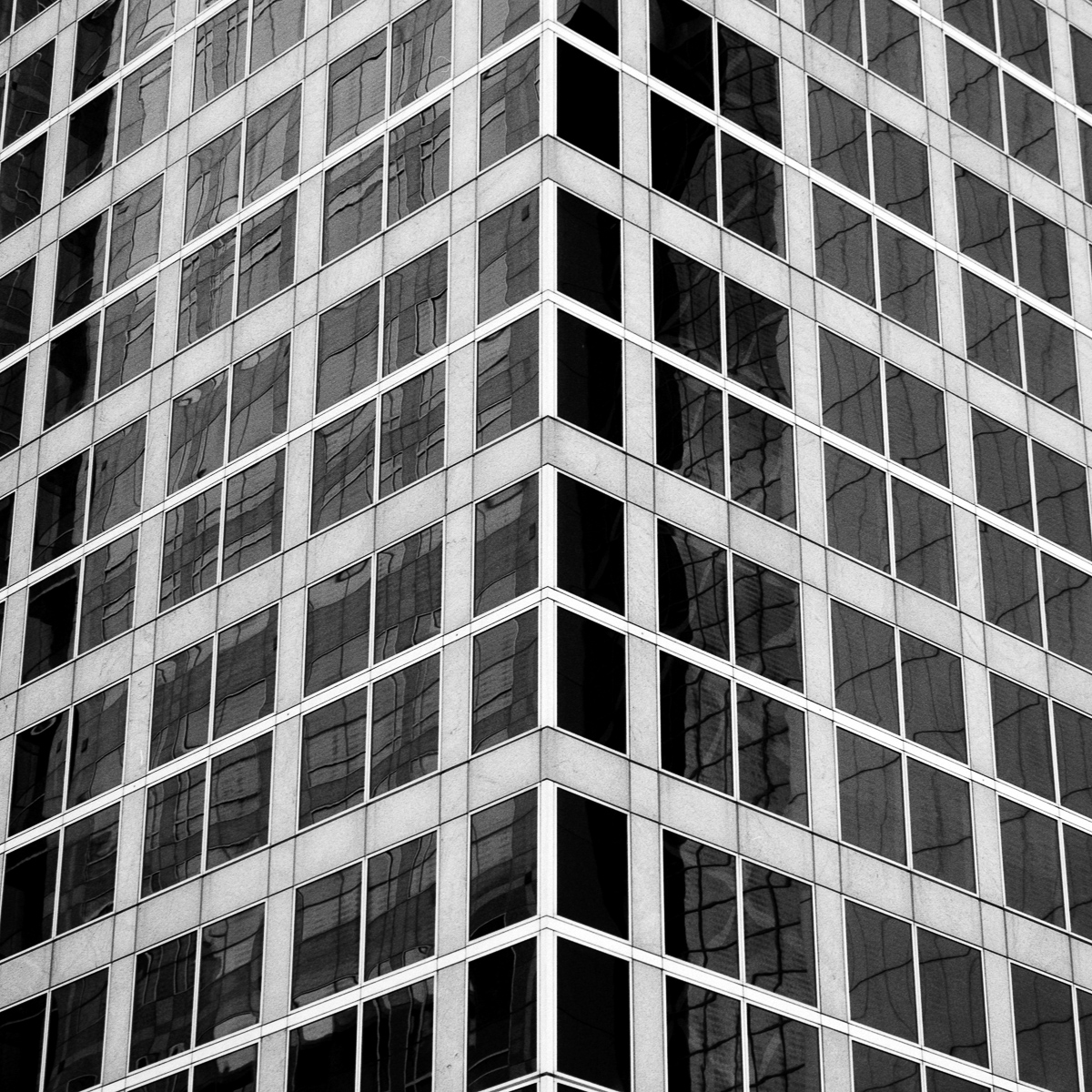 Not following the rule of thirds either. And I think it works.

Of course, one could argue that a couple of images do not proof anything. And I would agree with that. However, I do not think that I ever used the rule of thirds deliberately in any of my compositions. I am just trying to pre-visualize and then capture a composition that works. And for this, I do not need rules. Such rules, while possibly intending to be helpful, can be very limiting indeed.

Forget the (aesthetic rules of) HOW and focus on the WHAT

So in the end, all that matters is the final product (or the WHAT) of your photography. Nobody cares HOW you get it done. Or do you care what lens or camera I used for the image above? Was it shot on film or digital? Do you care about the sensor size? Unless you are a photographer, probably not that much. You might care, where it was taken, and perhaps what’s the story behind it.

Technically, yes, follow the rules (with your aesthetic goal in mind). For example, if your goal is to render a small object as sharp as possible, do technically whatever you can, to render this image as sharp as possible. Use a tripod, a high aperture, perhaps a fine grained film, or a large sensor digital camera, a sharp lens etc. But aesthetically, do what you want to do, and don’t listen to others. (Of course, if you do want to seek feedback on your work, do that. Work with a mentor. Ask other photographers. Etcetera.

Sure, learn some rules, and then break them, could be one approach. Another could be to never learn any such aesthetic rules. Rather study other photographers, painters, other arts. Go to art museums and see what speaks to you. Did they follow rules. Or did they break rules? Or create their own?

Perhaps the only rule there should be is to practice the art and study others. Go out and photograph. And watch others work. Read about the masters.  Experiment. Create art. Make Mistakes. And Learn. And tell a story.

With experience, the photographic artist will get better at the craft of photography. Rules like the “rule of thirds”, or compositional rules with leading lines all can be broken and are being broken all the time.

Are all aesthetic photography rules bad?

So, with that said: are all (aesthetic) rules in photography bad? No, some rules (or guidelines) can be very helpful. With experience, photographers intuitively follow or implement some compositional rules for example. Maybe instead of rules we should call them ideas or concepts.  For example, if there are lines in a photography frame, it might be quite effective to have one of them hit a corner of the photograph, preferably the left lower corner. But again, that’s just an idea/concept and it might work in certain photographs. But it also might not work.

Or you could focus on a certain color aesthetic.   Or you seek or create lighting conditions that help tell the story (film makers / directors of photography do this all the time often much more deliberately than still photographers).

So, should you follow any aesthetic rules for realizing your artistic vision? I would say: absolutely not. Do I follow some rules: absolutely yes … for example, I straighten my horizons, or center subjects and lines in architectural photography.

Don’t mix up rules with style, consistency, sequencing and layout

A style is not a rule. A style is an aesthetic that is created in a consistent way by the artist. Picasso used, in his cubic time, a style of cubism (of breaking shapes/patterns/objects and rearranging them). But this was not a rule. In fact, I would argue PIcasso and other painters during that period broke countless rules that painters before him were following.

Also, again, having a consistent look to your images is not based on a rule, but I would argue this comes more from a consistent use of gear/tools (see article on that topic), in particular also camera/lens combination and film or digital processing.

If you are creating a body of work, for a magazine or Zine, or your portfolio, style, consistency, also sequencing (the order of your work) and layout all become important. Now we are starting to talk about design concepts. Design, in my view, is very important. And I would argue that design rules, at least to me, fall more under a general technical aptitude than a pure aesthetic one, although there is definitely some overlap.

Again, just by creating for example sloppy photographs (e.g. out of focus, careless composition), perhaps weird color shifts, does not mean this is art. I have seen countless “hipster” film photographers presenting some sloppy faulty negatives as hip art … whereas frankly they are just bad photographs.

Where does this leave us?

A combination of a strong aesthetic and a high technical aptitude / talent / hard work / experience that can, under certain circumstances, lead to extraordinary strong photographs that I would consider truly artistic. Rules are particularly helpful for the technical aspects of photography. Aesthetic rules are in my opinion challenging, and meant to be broken or flat out ignored. Consistency and style are very important attributes of a photographers work. In my opinion, both consistency and style are strongly influenced by gear choices, but have surely important aesthetic attributes as well of course (including composition, light, subject matter, color).

A strong sense of design, however, is also important in photography at numerous levels: not just for individual images, but also for sequencing, layout and ultimate printing of larger bodies of work.