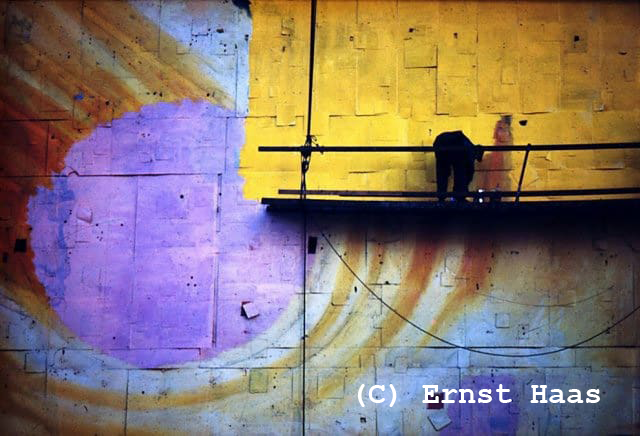 In this episode of CREATE. PHOTOGRAPHY, host Daniel Sigg will discuss the photography of Ernst Haas. There will be a brief overview of his work, and then an image review of three of his images. Haas was one most influential photographers of the 20th century. And one of the pioneers of color photography.

Haas was born in Vienna in 1921.His father was very much into photography. He was repulsed from medical school due to his jewish heritage … He took up photography after the war – Ernst started shooting some of the returning prisoners of war in Vienna (from Russia). This story opened up new opportunities.. And at the invitation of Robert Capa, Haas joined Magnum in 1949, developing close associations with Capa, Henri Cartier-Bresson, and Werner Bishof.

Haas moved to the United States in 1951 Once in NYC, he decided that his grey times were mostly done, and he started experimenting with Kodachrome color film. He received the first ever color feature in LIFE in 1953 … it was called Images of a magic city and was a two-part photo essay and one of the first prominent uses of color photography in a pictorial magazine – some of these images appear in the recently published book New in Color 1952-1962

The exhibition wasn’t given much attention although the NY times wrote a glowing review.

Throughout his career, Haas traveled extensively, photographing for LIFE, Vogue, and Look, to name a few of many influential publications.. He authored four books during his lifetime: The Creation (1971), In America (1975), In Germany (1976), and Himalayan Pilgrimage (1978).. Ernst Haas received the Hasselblad award in 1986, the year of his death. Haas photography has continued to be the subject of museum exhibitions and publications

His work spans not only fantastic street photography, but also

While he is known for his color work, his black and white work is beautiful and this includes much of  his portraiture work. His awards, bibliography and exhibitions are vast and I encourage you to browse on his website to see the extent of his beautiful and stunning work

There is also a brief 10 min documentary on his website (containing some footage of a 4-part TV series called the Art of Seeing which was hosted by E. Haas back then). The documentary is called dreaming with open eyes – it was done for a company, but is still very well worth it watching as you will hear the artist speak and talk about photography in his own words.

“Bored with the obvious reality, I find my only fascination in transforming it into a subjective point of view. Without touching my subject, I want to come to the moment when, through the pure concentration of seeing, the composed picture becomes more “made” than taken. Without a descriptive caption to justify its existence, I would rather see it speaking for itself: less descriptive – more imaginative; less inforamtion- more suggestion; less prose-more poetry.”

Let’s start about his work in motion. It is something that happened in a way due to the fact that he was limited with the Kodachrome film (that had a very low ISO value, in fact the film Haas used for his New York book was ASA / ISO 8! Only in 1961, Kodak released a version II of its Kodachrome 35mm film with ISO rating of 25!).

Let’s talk a little bit more about Kodachrome film stock. Haas enjoyed the effects of Kodachrome very much and it was a big part of the tool box of the early color photographs of Haas and other color pioneers. The rich, red-heavy palette of the film resulted in very vibrant colors. When printed in dye transfer, Haas’ preferred method, it gave the images an almost liquid appearance. Also the images can develop subtle silver-halide outlines which further added to the aesthetic. You can see these effects and this aesthetic also very nicely in Saul Leiters work that we reviewed in episode 7, and also Fred Herzogs early work.

So because of the limitations of Kodachrome and its particularly ultra slow film speed, Haas was creating wonderful and beautiful motion blur images as he had to use longer exposure times for this very slow film. And I believe he was shooting primarily handheld in particular for his street work.

All his images have an absolutely fantastic sense of image composition. There isn’t anything not intended to be there in his imagery or so it seems.

The reds and red tones in his early color work are really standing out, which is, as mentioned, a hallmark of the Kodachrome film

Haas loved reflections, something you see a lot in his New York work in particular. 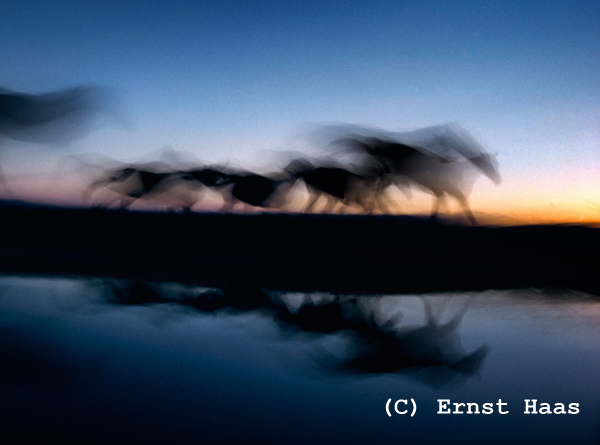 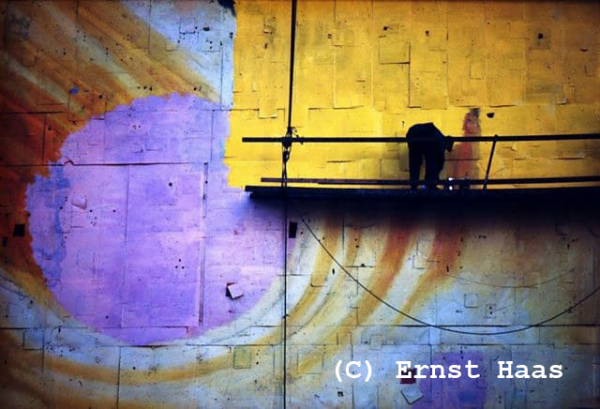 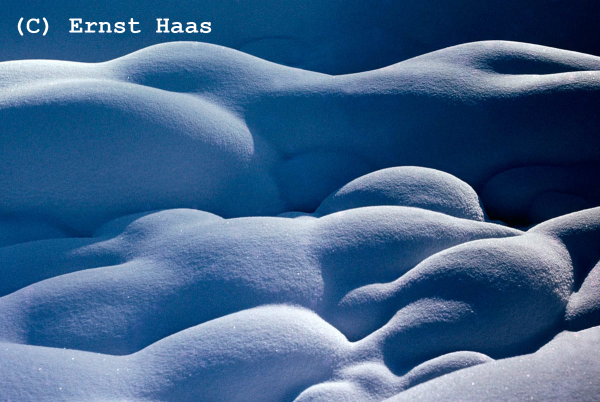