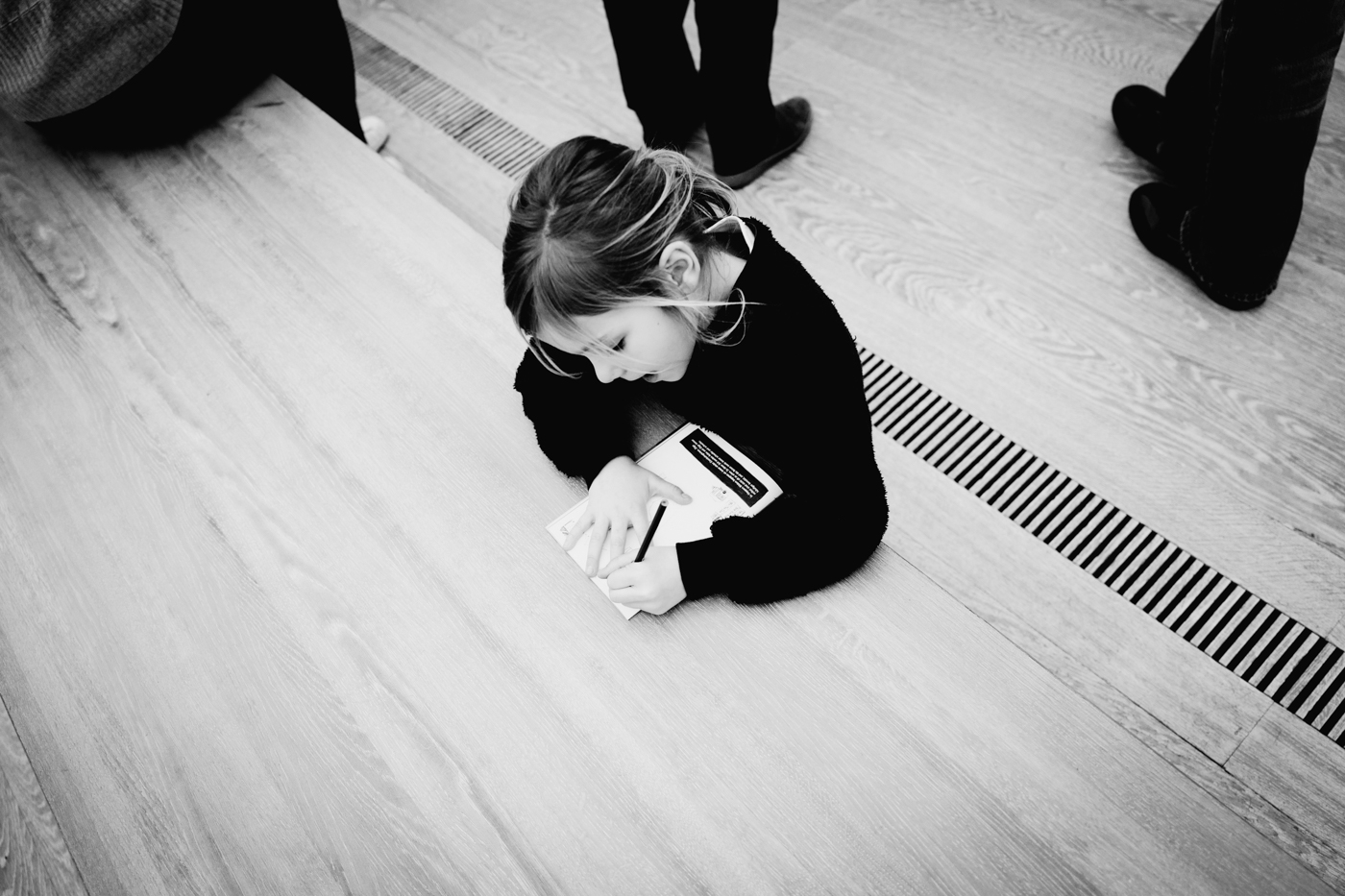 I love photographers who focus on story, but at the moment, this is not my core focus. I discussed this in an earlier post.

I love minimalism, and reduction of images to its essence. Depending on your intent, the reduction / minimalism can cause viewers to lose context and do not understand the image. The question is whether this is so important.

Here is a series of images that tell a small story.

The image suggests a museum of sorts. The image elements are reduced to almost its essence to still be able to tell the story. It is clear that we are not in a house and that the viewer is engaged with the image. It’s not minimalistic, but it is fairly reduced to the minimum required. Even cropping in might not help as then we loose dimension (and for example tall ceilings typical of museums). 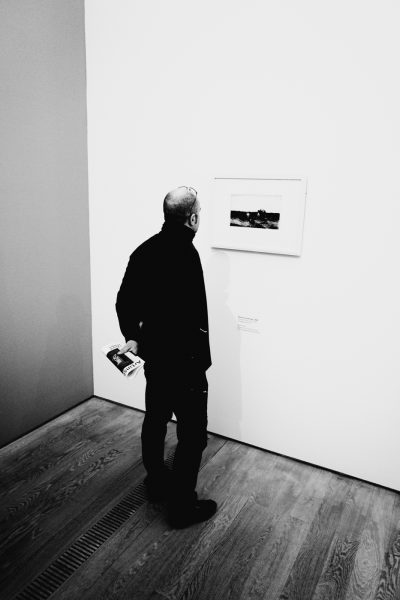 The second image shows the museum with more detail. We see several viewers, several paintings (this is actually Edward Hopper) and now we also see a girl. 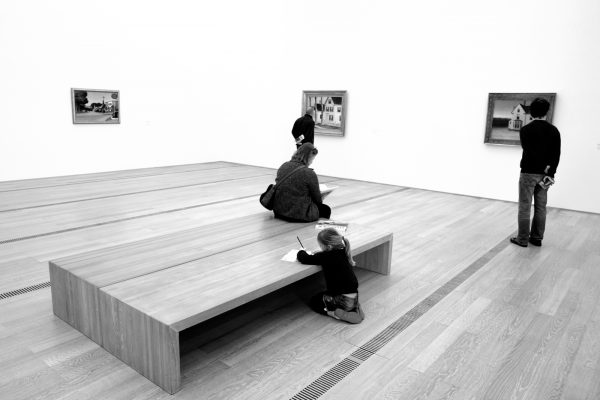 The third image shows the girl close up drawing. The image of the girl alone would not tell us the full story. Would that really matter? Could we just show image 1 and then this image. And make the viewer connect that this is in the same building (because of the wood floor?). Maybe. But the series perhaps tells a more complete story here. I personally like image 3 the best although it does not tell the full story. If this would be the only image it would perhaps add mystery and we would wonder what this girl is doing and where she is. 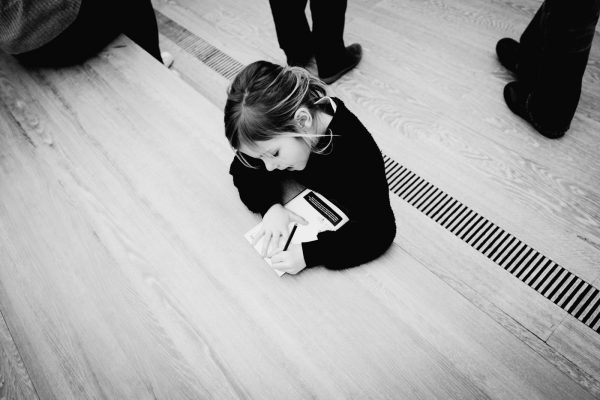