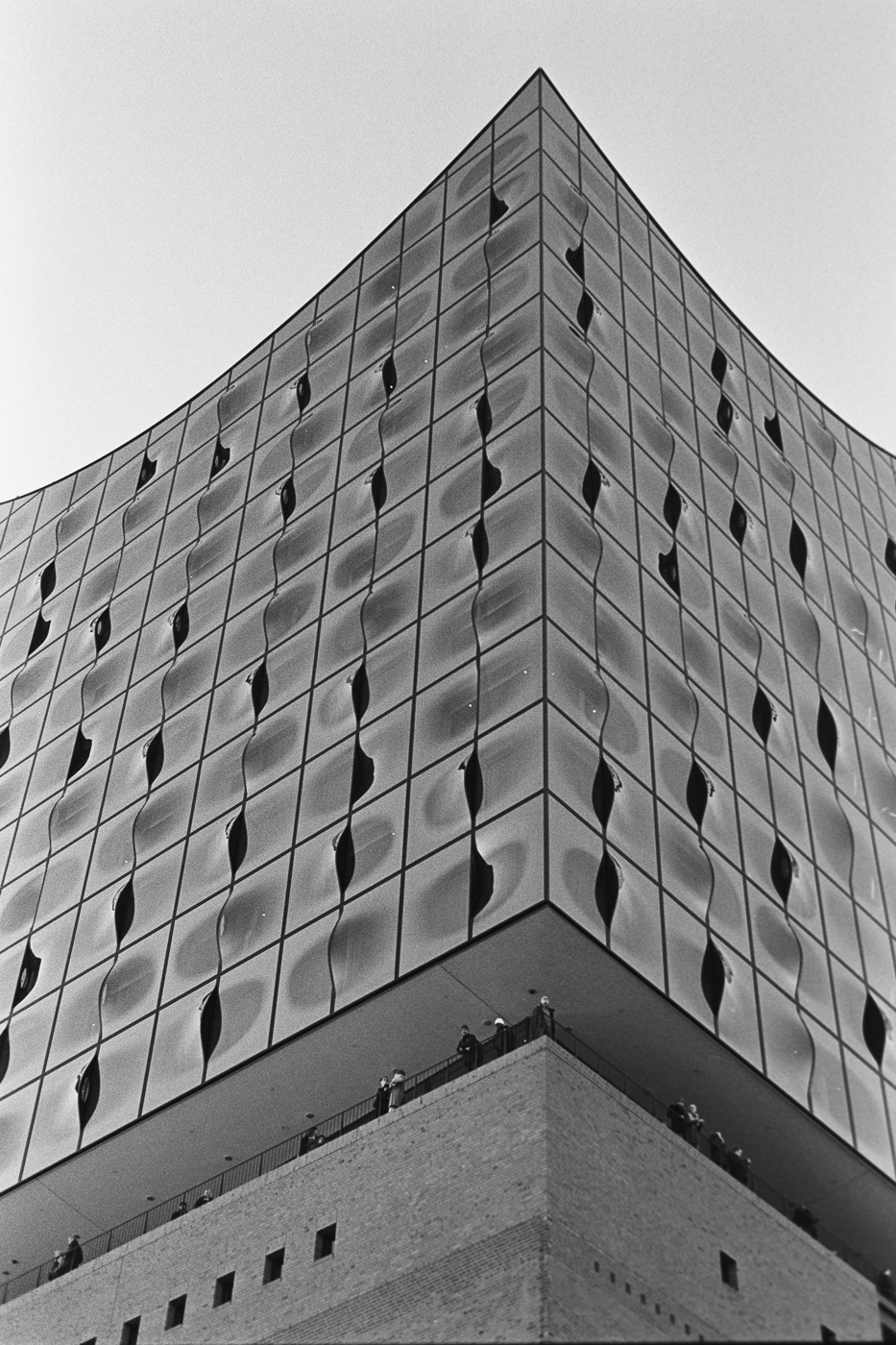 I decided to only take my film cameras on my trip to Basel, Switzerland and Hamburg, Germany. The purpose of my trip was primarily personal, but I had a few opportunities to take pictures on the streets of Basel and Hamburg.

Traveling with film cameras and film

In preparing for my trip, I knew that one of the potential issues of traveling with undeveloped film is X-ray damage during airport security. While many recommend to put the film in a clear package and tell the security officers to hand screen it, in my experience, this did not work in some of the airports. Luckily I did purchase a lead-enforced pouch that does protect the film. I was told that lower ISO / ASA films (400 and below) should be safe, I didn’t take a chance. Long story short, the film eventually looked fine with those precautions taken.

Another things I noticed is that I brought way too many rolls of film. I ended up using only two 36 rolls of black and white Ilford HP+ film. Film definitely slows me down with regards to shutter actuations, but also subject selection.

In my film photography journey, I have thus far photographed using quite a few different black and white and color film stocks. Primarily to find a film stock that I like and that works well for my style and also development and scanning process.

Often in creative processes, limitations can be freeing. I feel the same way about black and white, and in particular black and white film photography. With a film camera loaded with a black and white film, I do approach subjects somewhat differently. I focus more of the tonality of the scene (the relative grey tones ranging from pure white to pure black potentially) and often also contrast. Color is obviously removed from the equation. Complicated controls and options often found on digital cameras are not available on my film camera. With minimal operation (usually focus & aperture) I tend to focus on subject and composition. It’s not exactly point and shoot, like an iPhone.  But close, and I still keep creative control over the image and how it is being exposed.

This is my first experience with Ilford HP5+ and I am still looking for my perfect B&W film. I do like the film, but have since then discovered Ilford’s Delta 400 which thus far I love even more.

I developed the film using Kodak HC-110 B solution and scanned using a Nikon DSLR (D850). I decided to not crop the scans.

Below some examples from the two rolls of Ilford HP5+ film. Hope you like them! 🙂 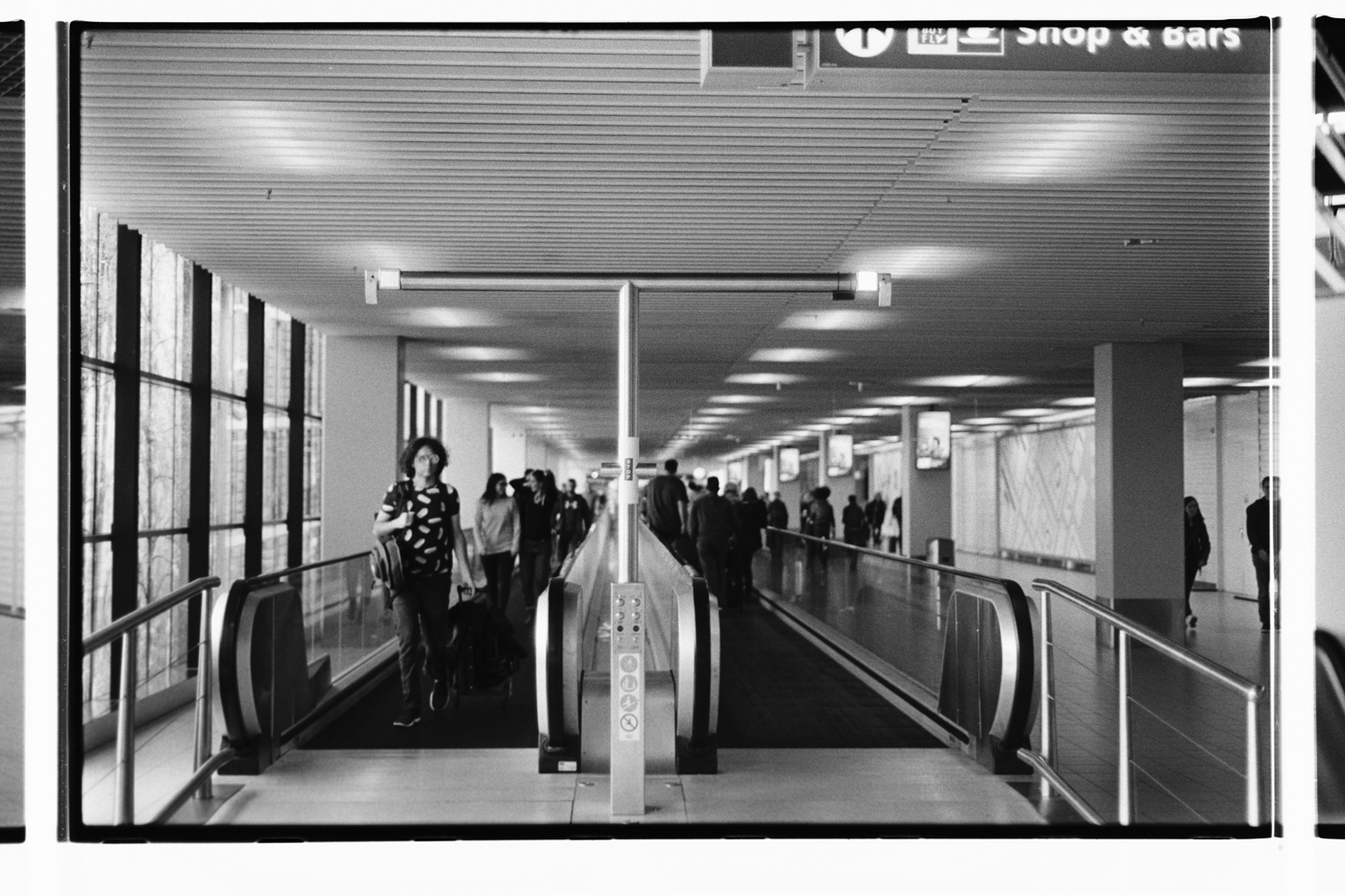 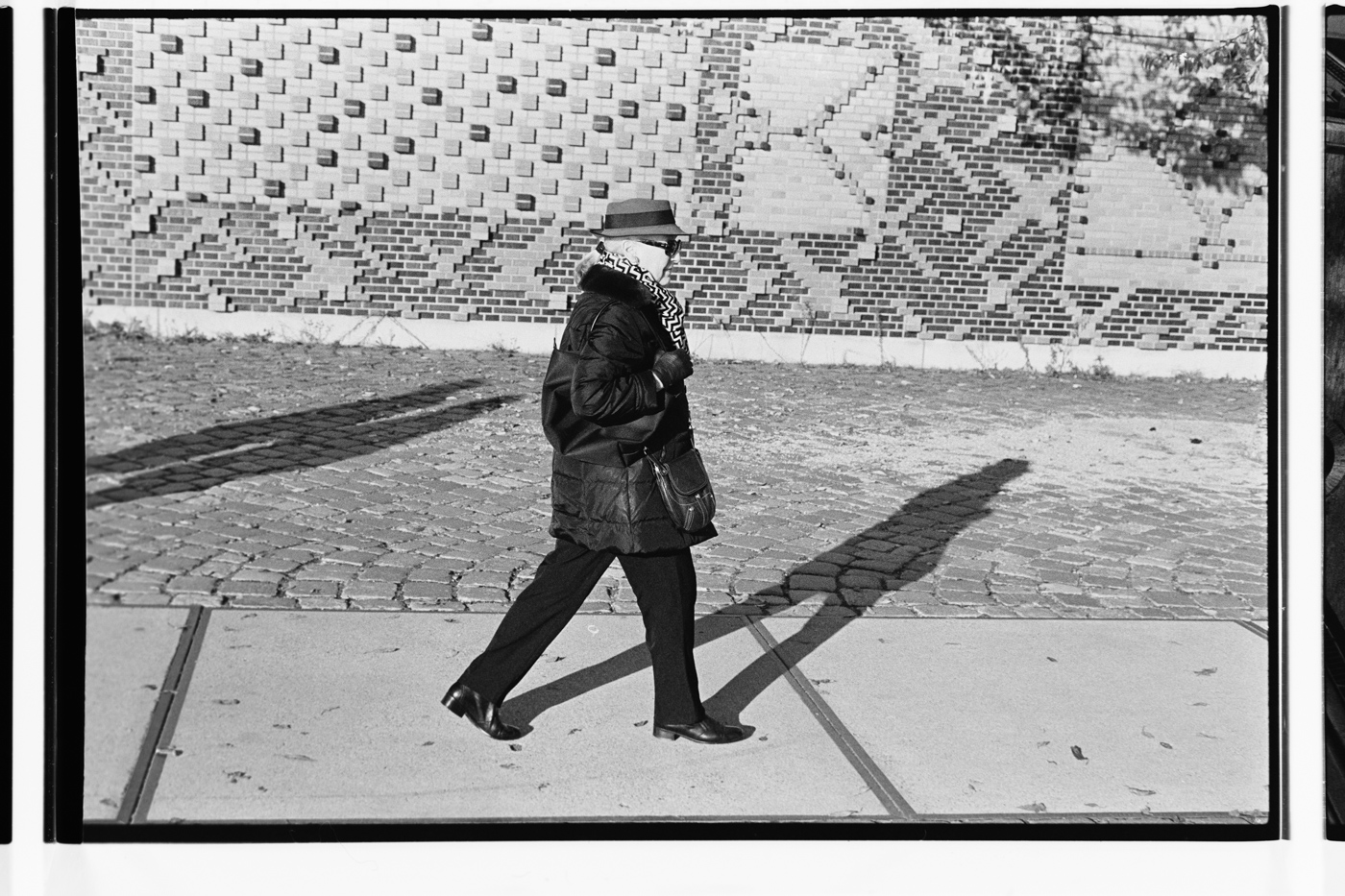 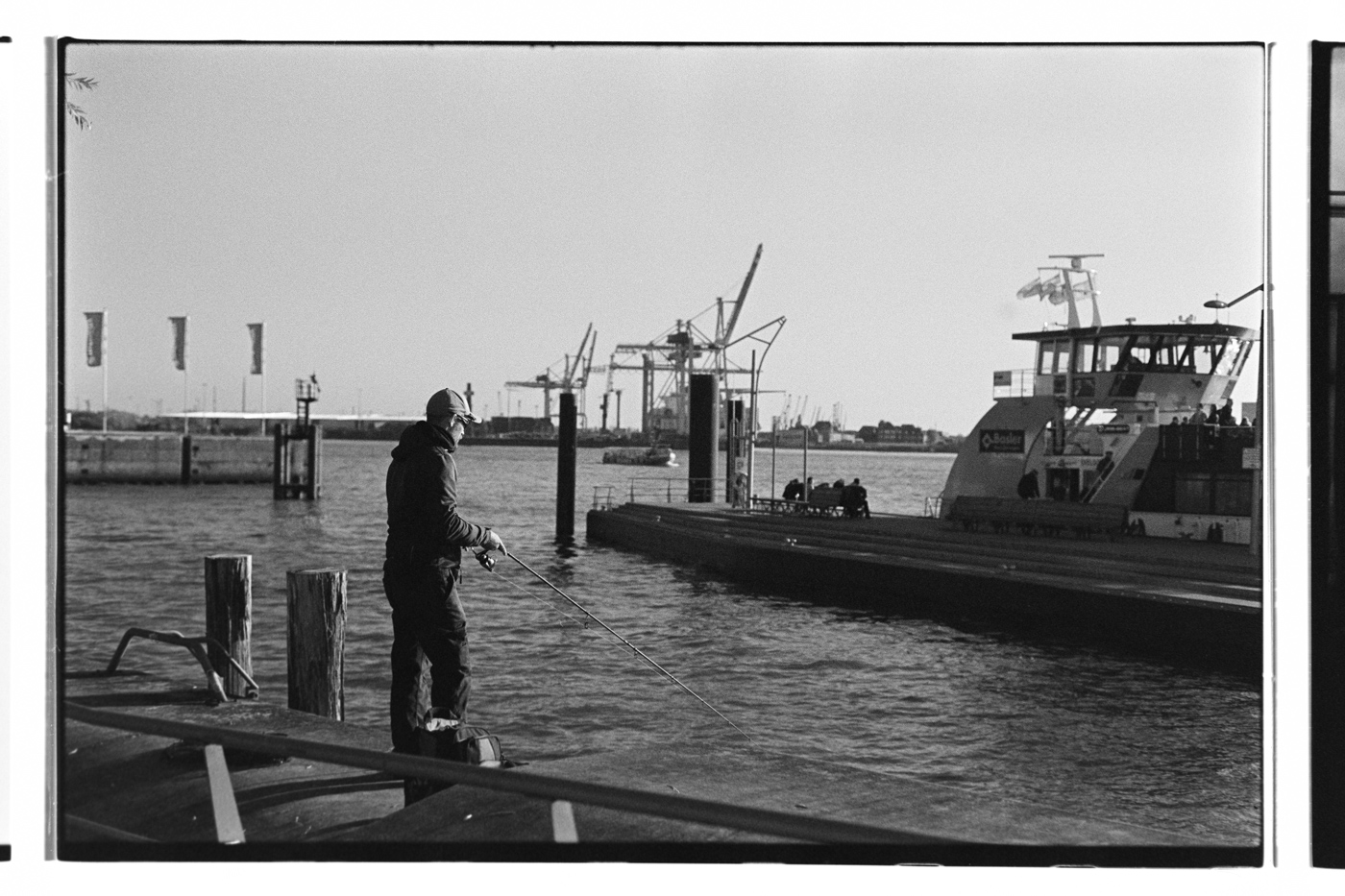 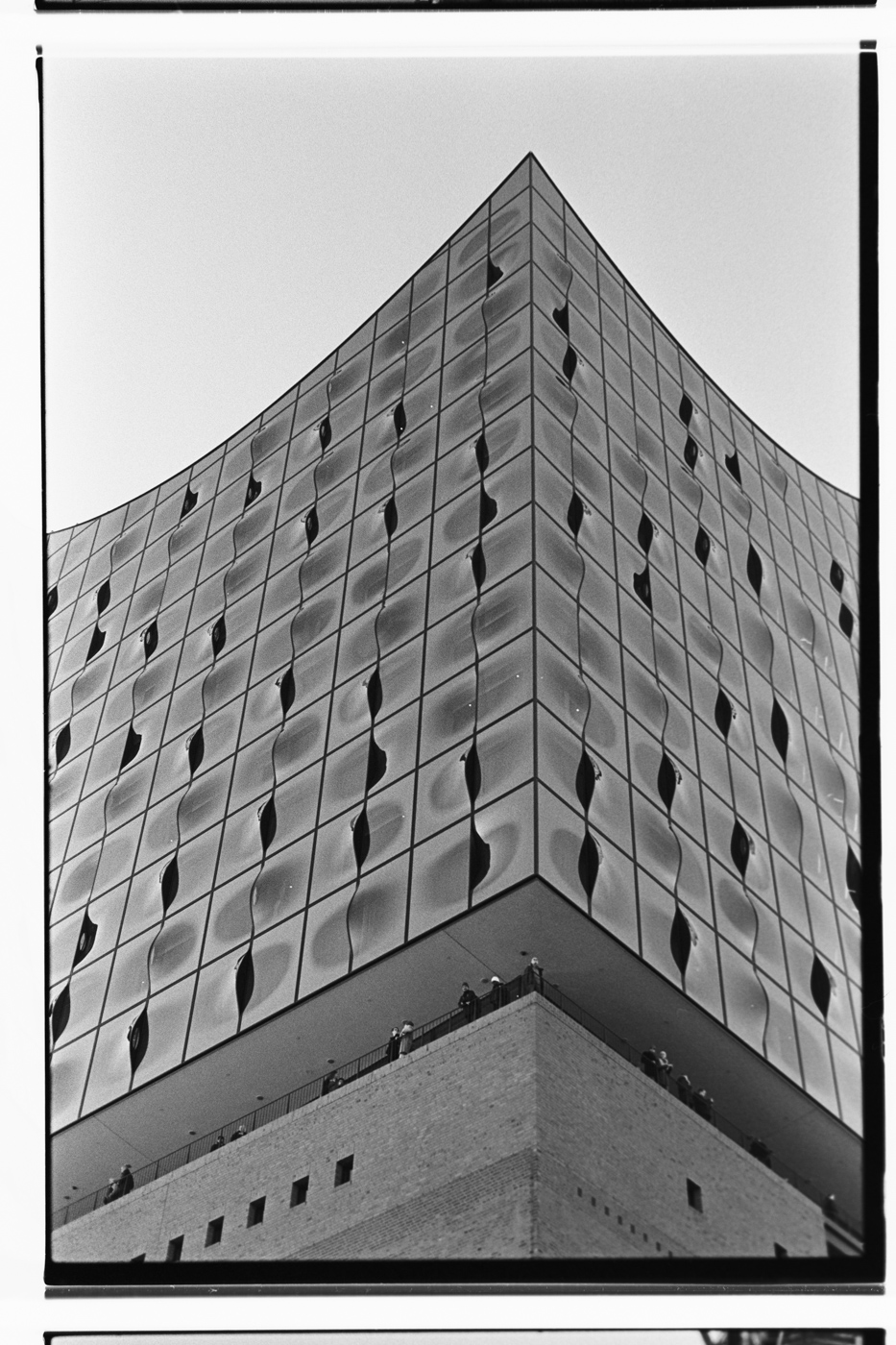 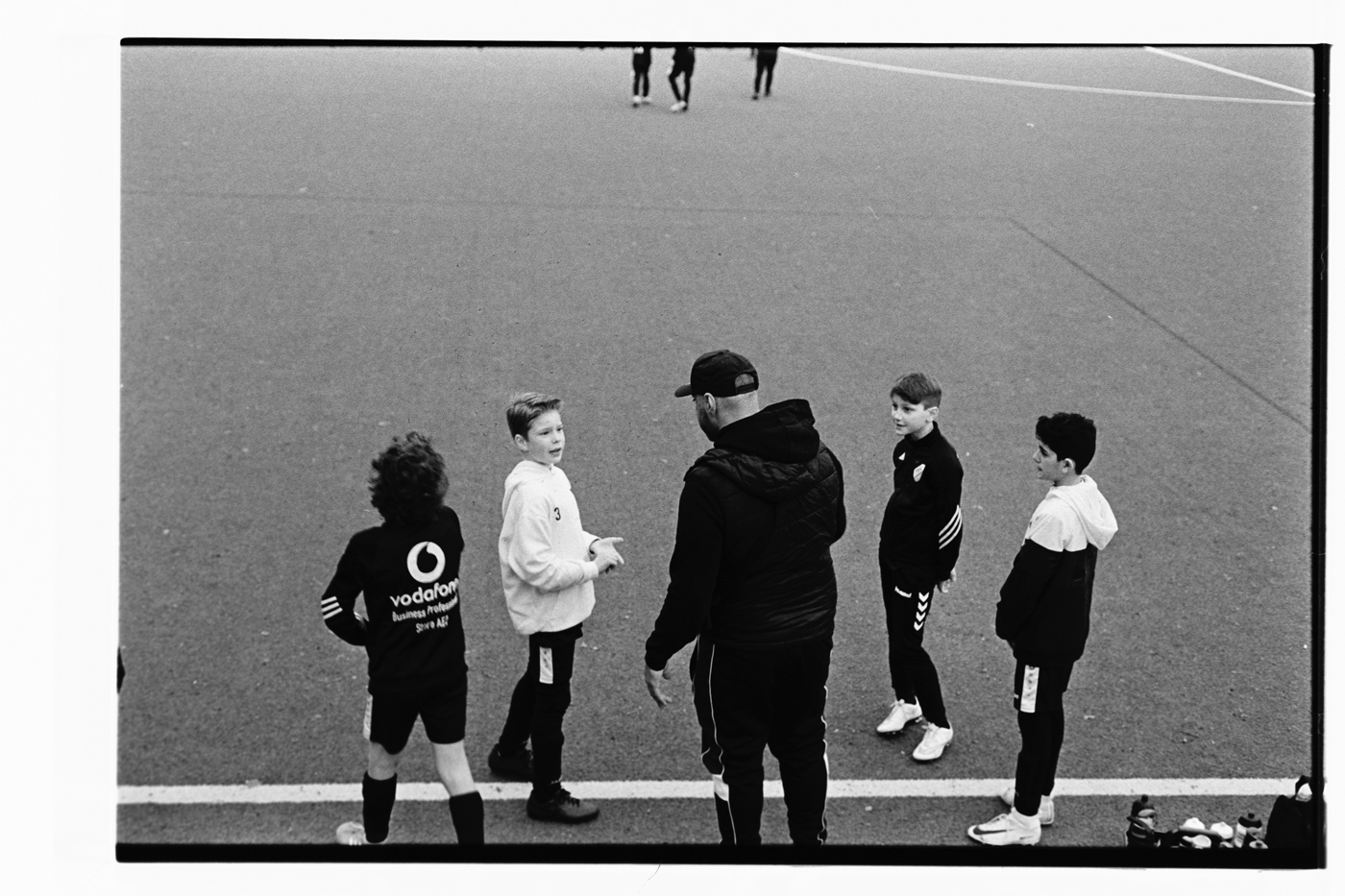 Before the soccer game in Hamburg Germany 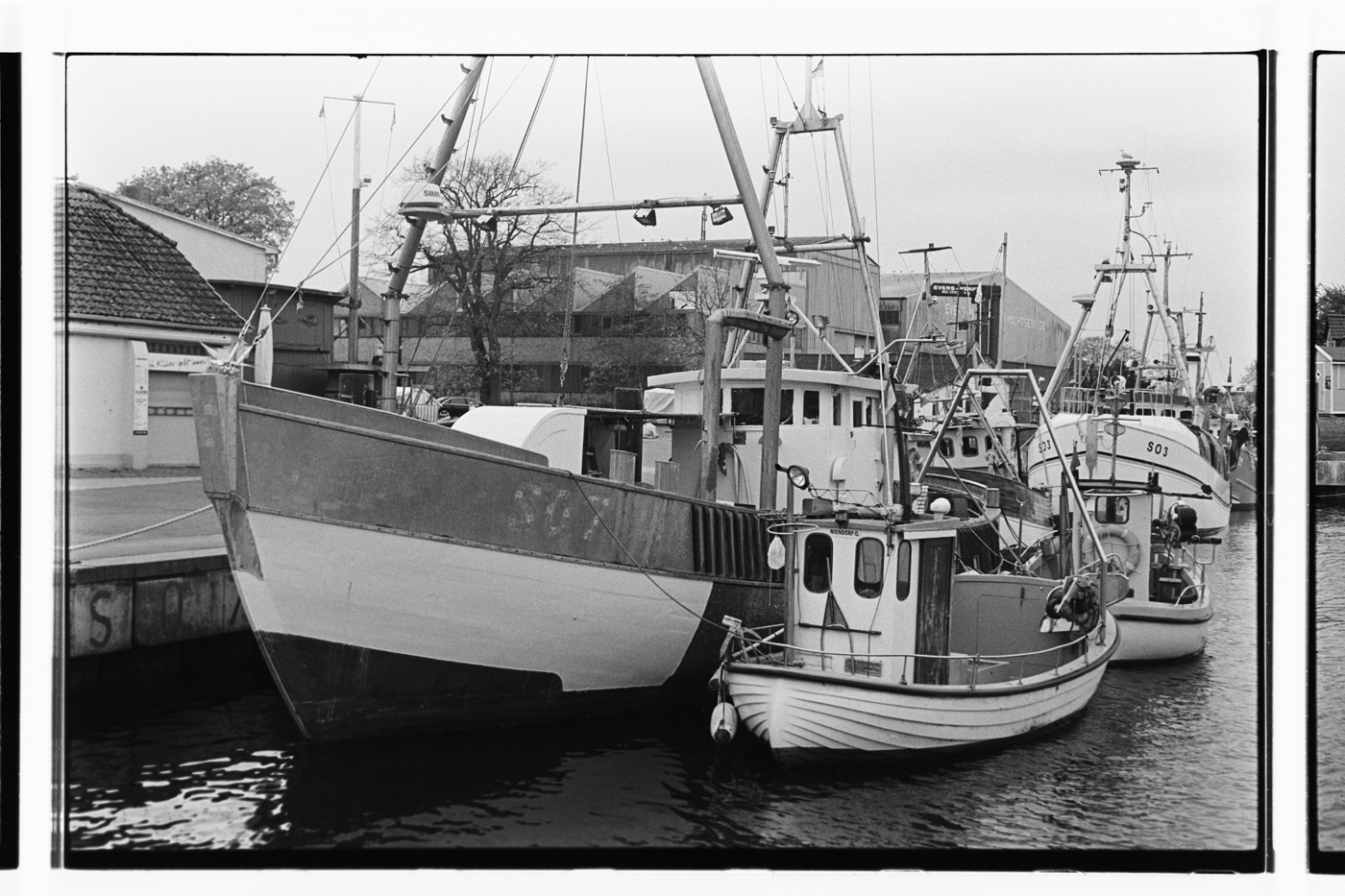 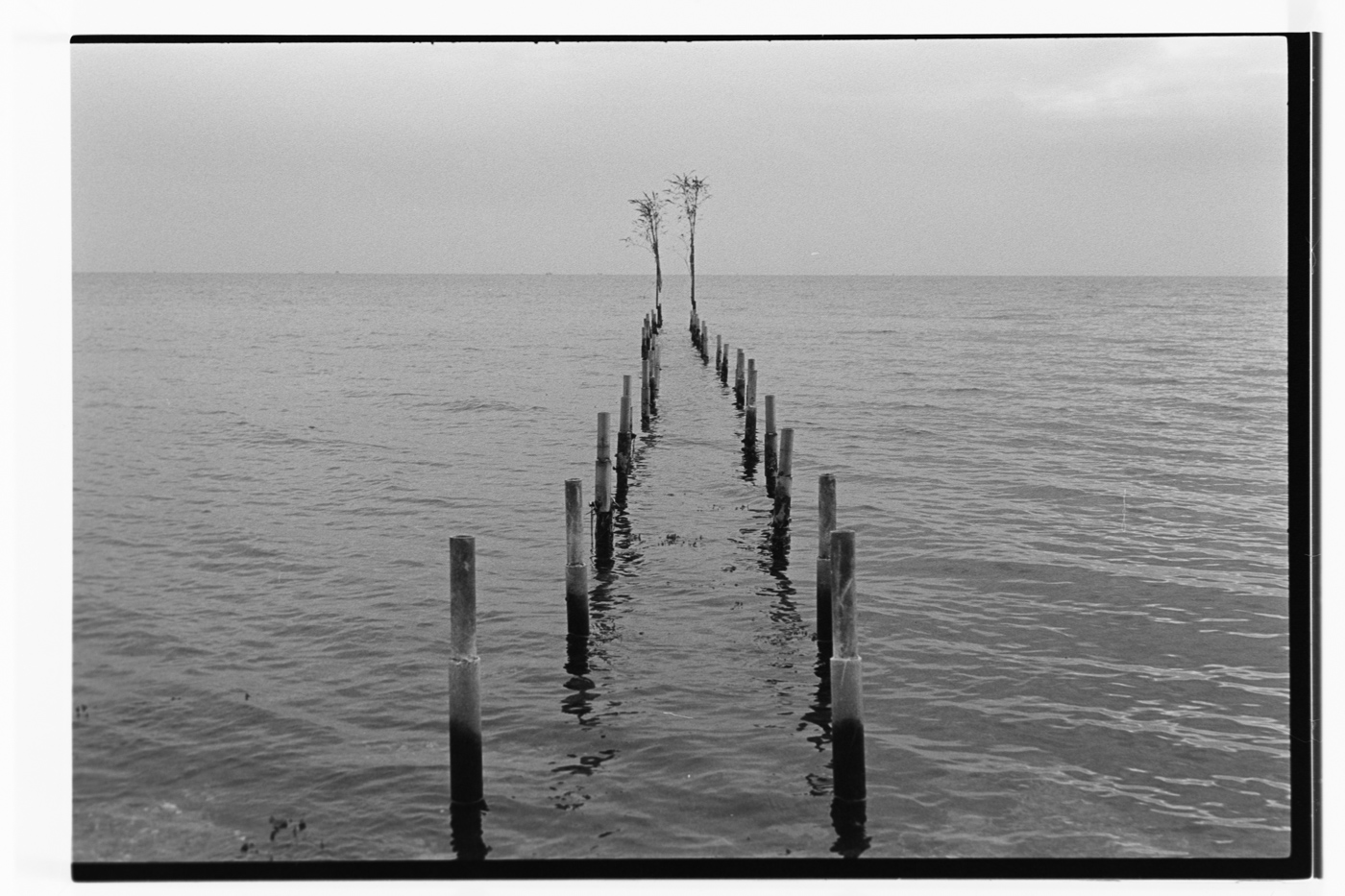 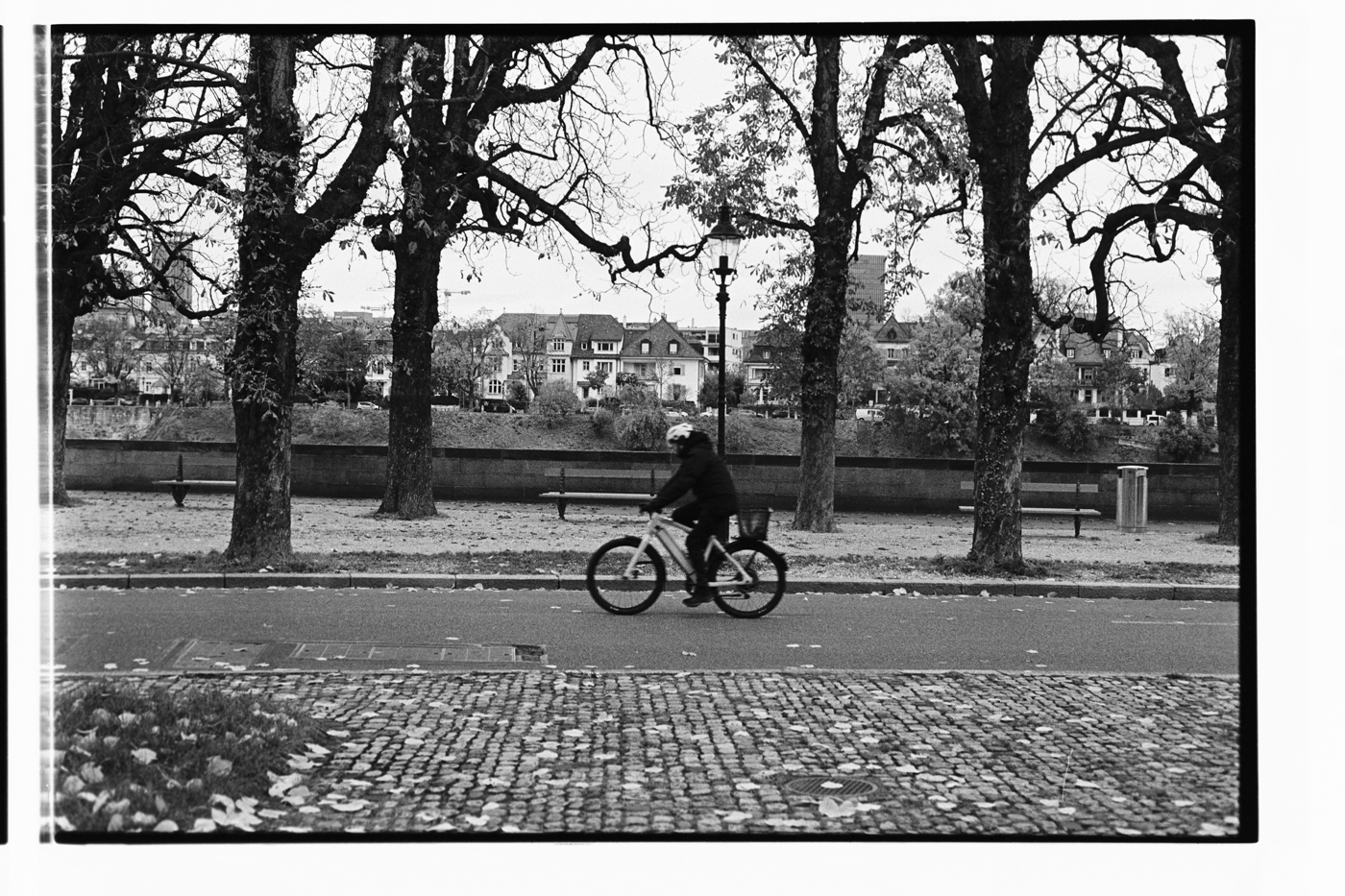 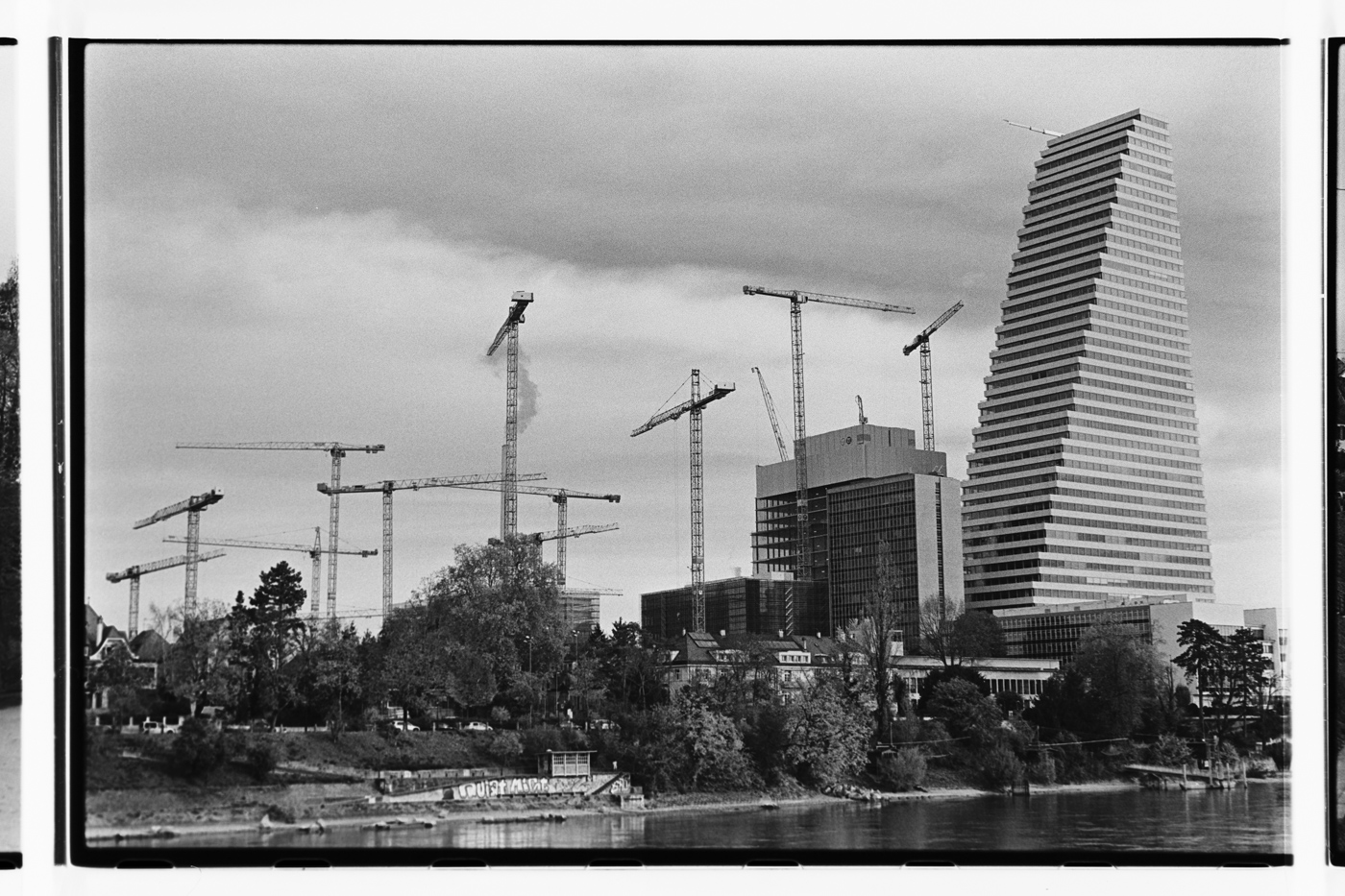 A second Roche tower is being built 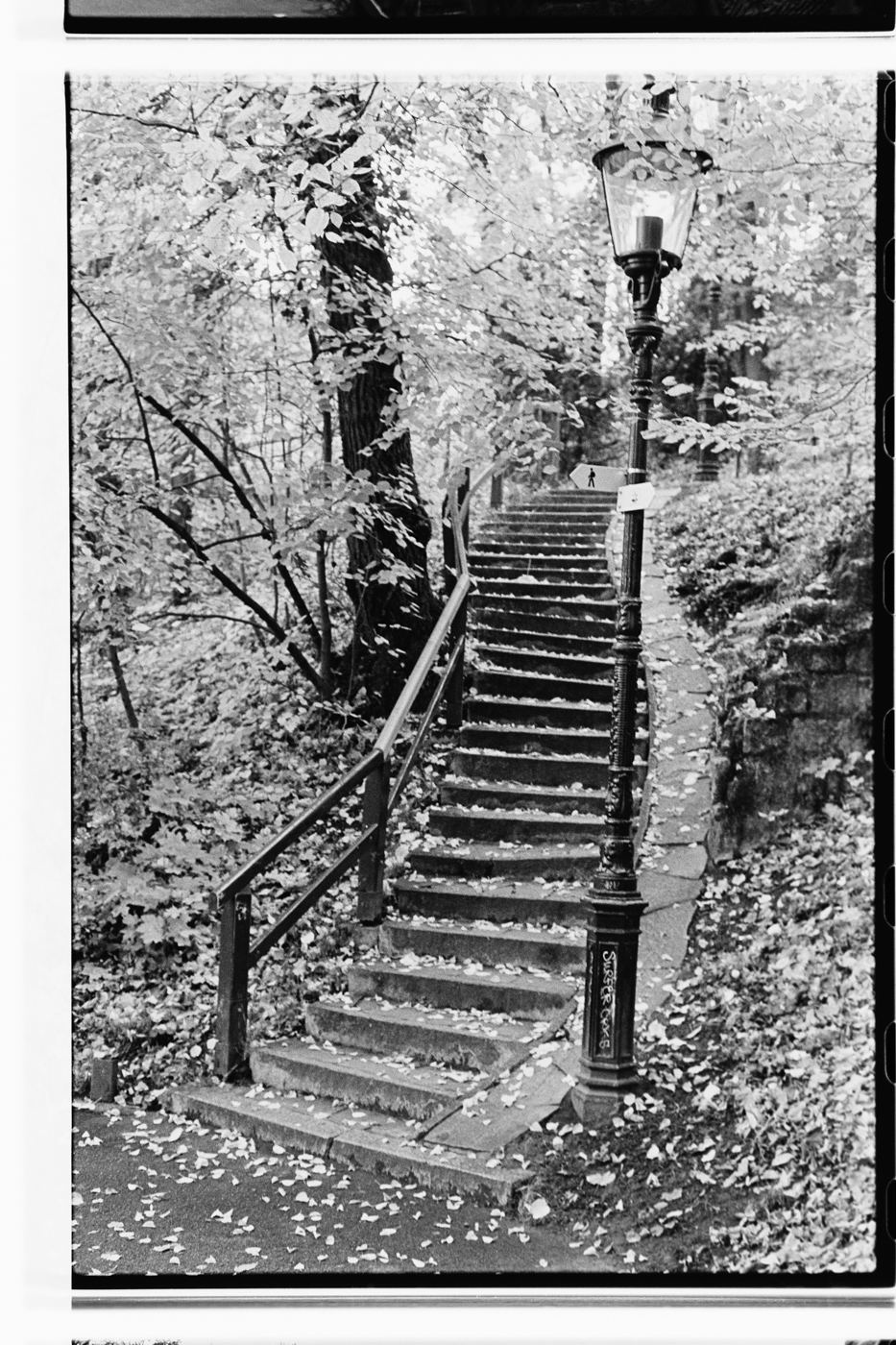 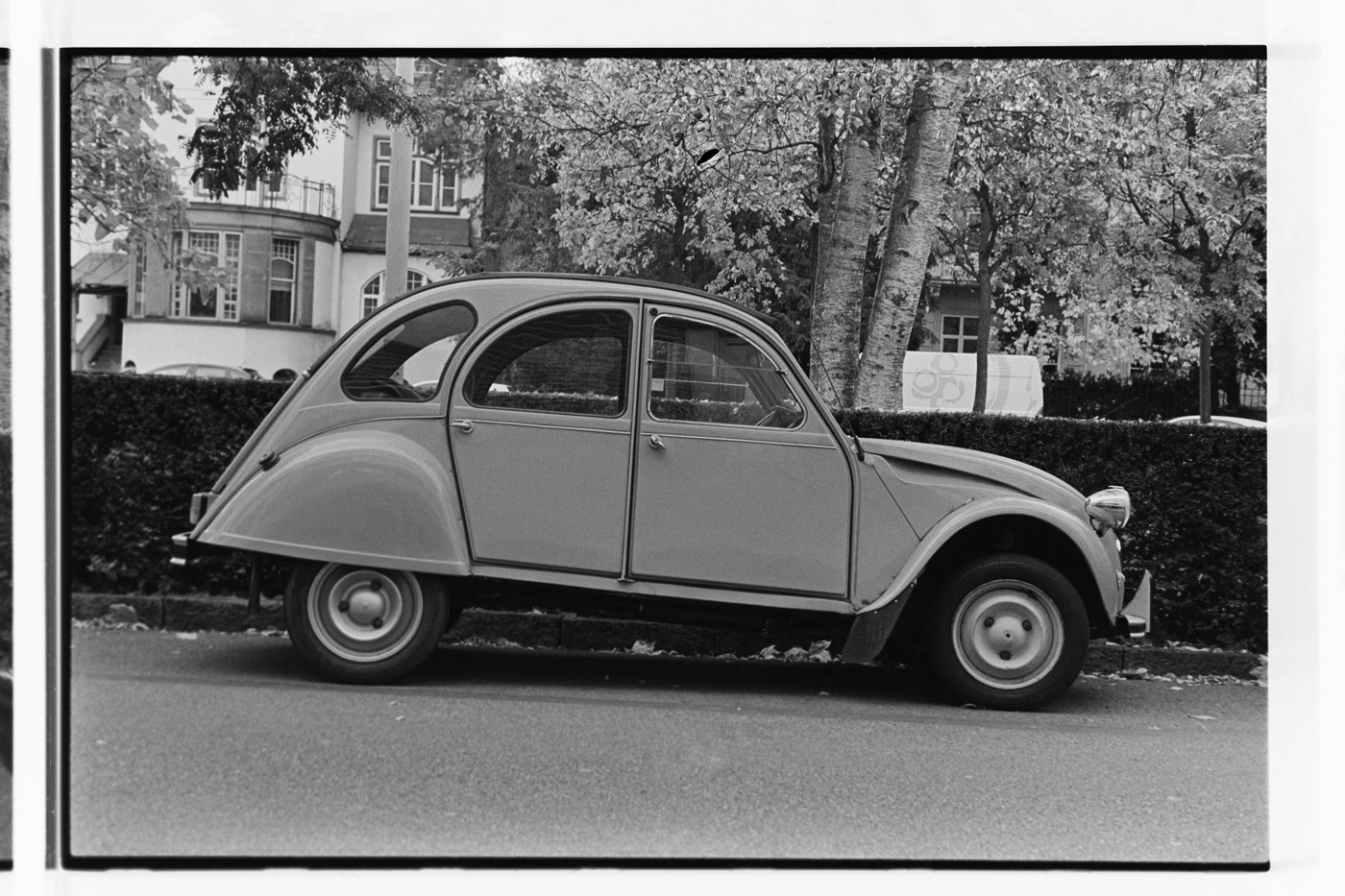 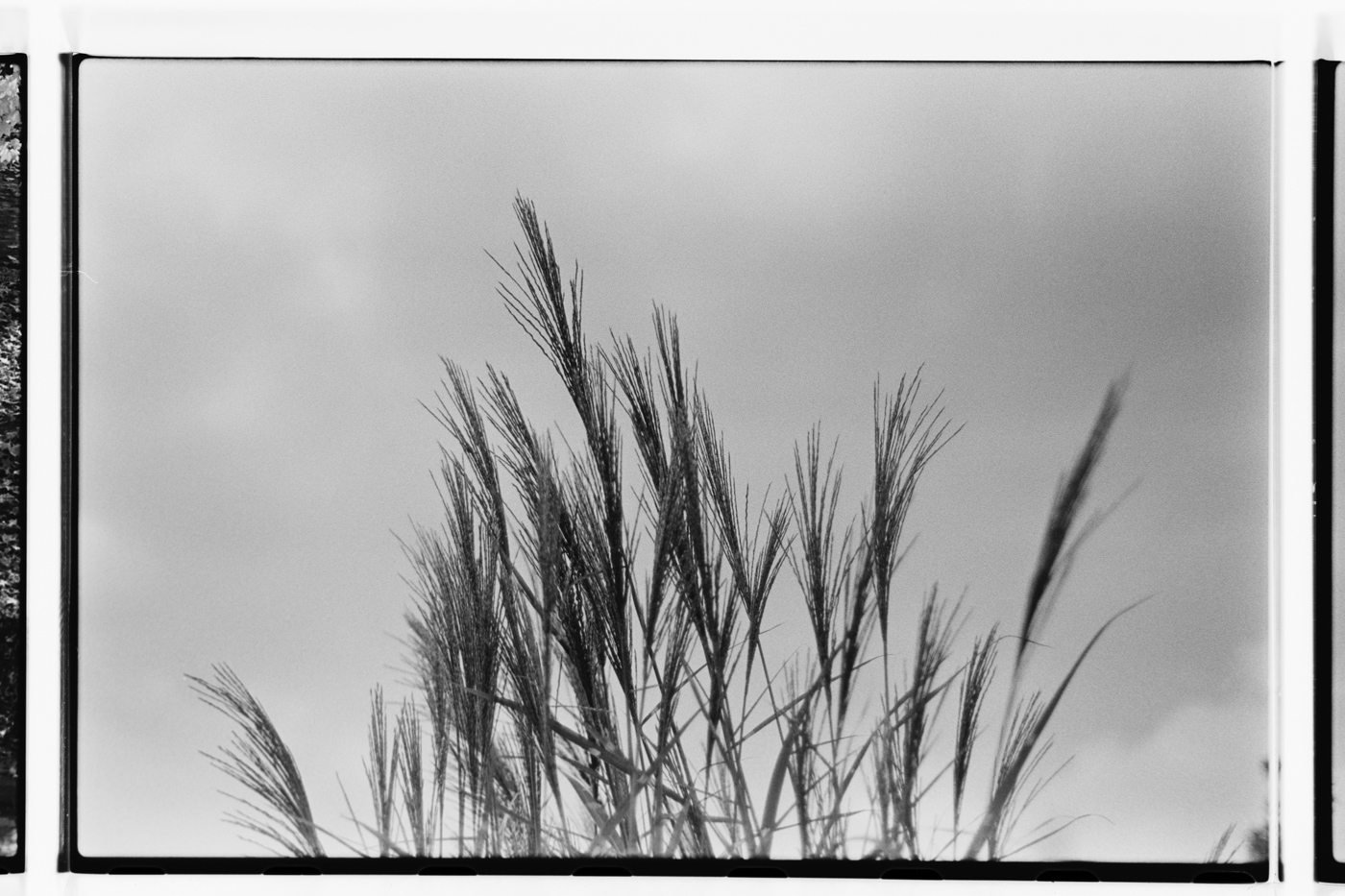 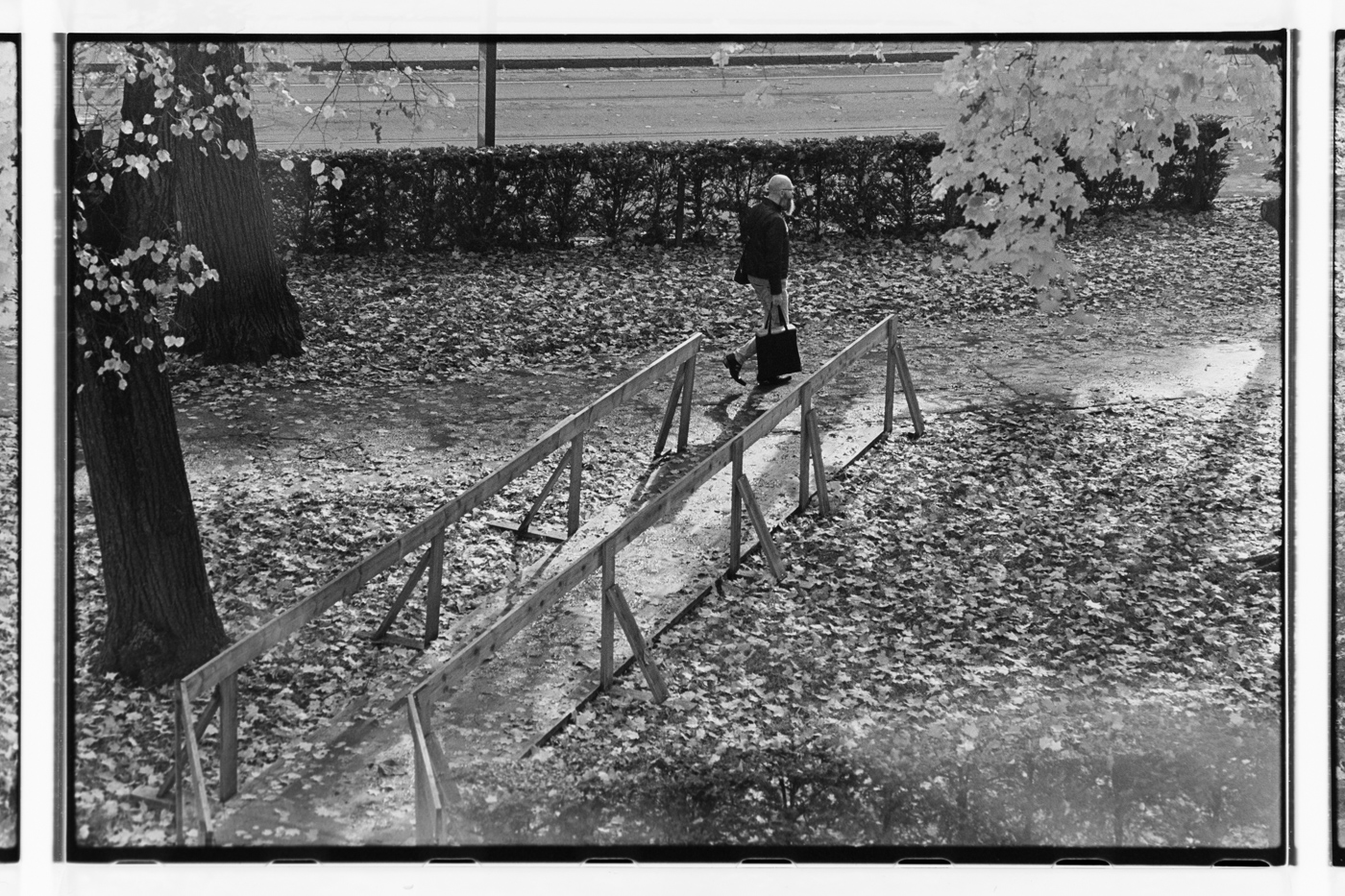 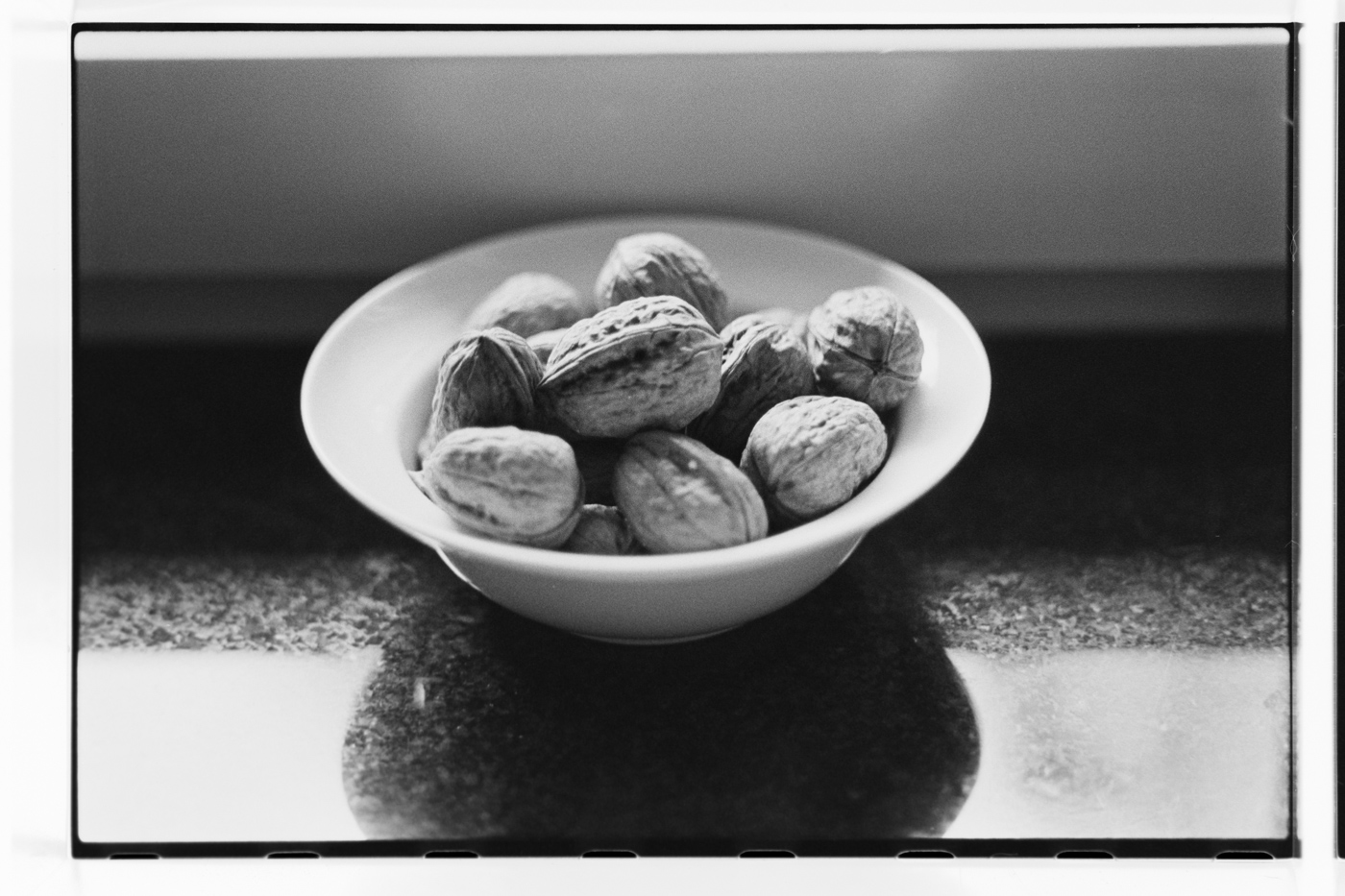